In this section we will create our initial map.

The first step in creating a map is to add our data to the worksheet. 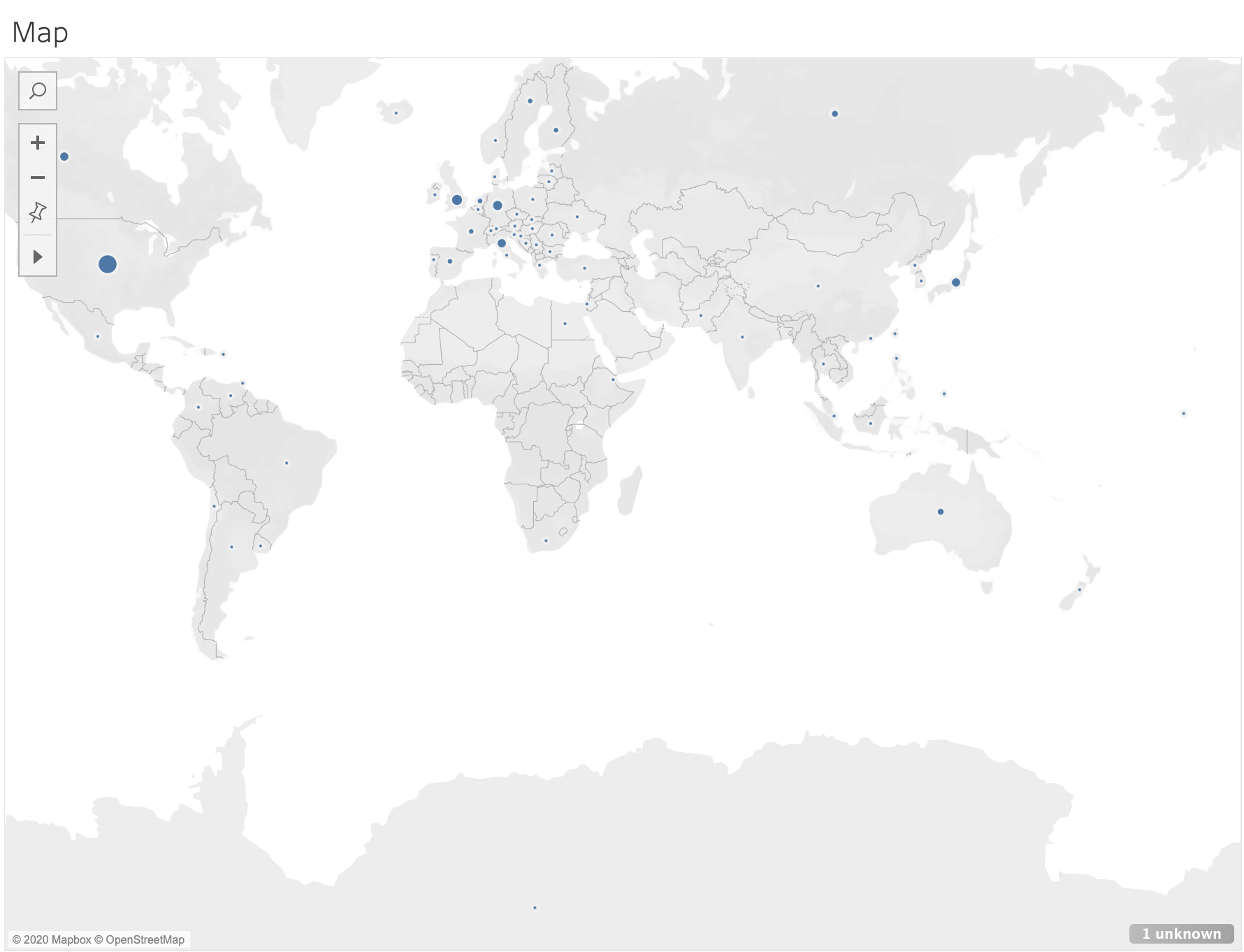 It is very strange to me to see points (or dots) representing countries on the map. Points make perfect sense for cities, but countries are typically represented with their respective shapes, the way the base map is displaying them. To switch from circles to country shapes, click on the Show Me tab at the top right. Note that we are currently using the recommended chart symbol maps. Click on maps to the right, instead. 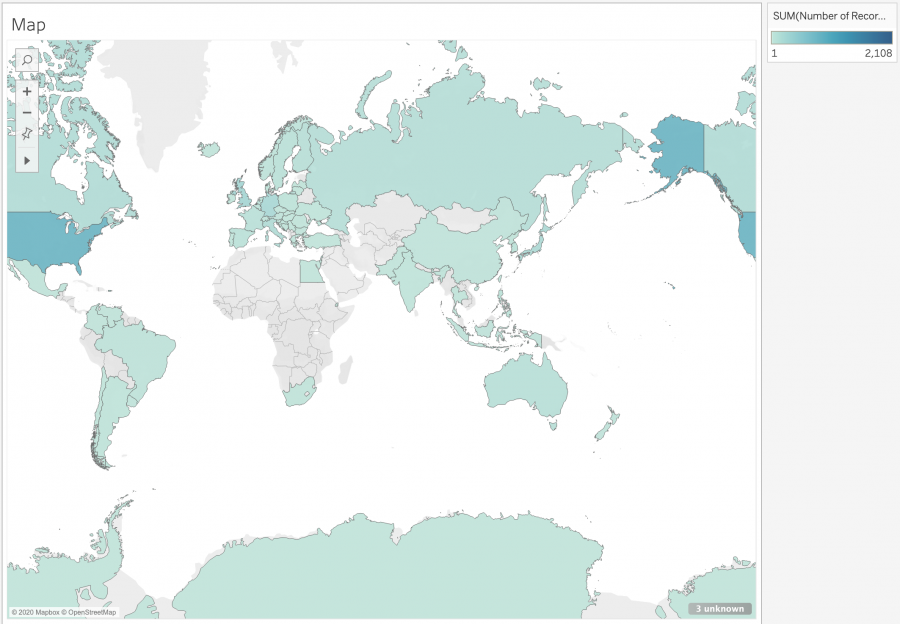 Because the United States has produced so many mods, it is hard to see or differentiate between many of the other country colors. If instead of the sum total number of mods we rank that sum and display each country's rank, the color shades should be much more spread out. 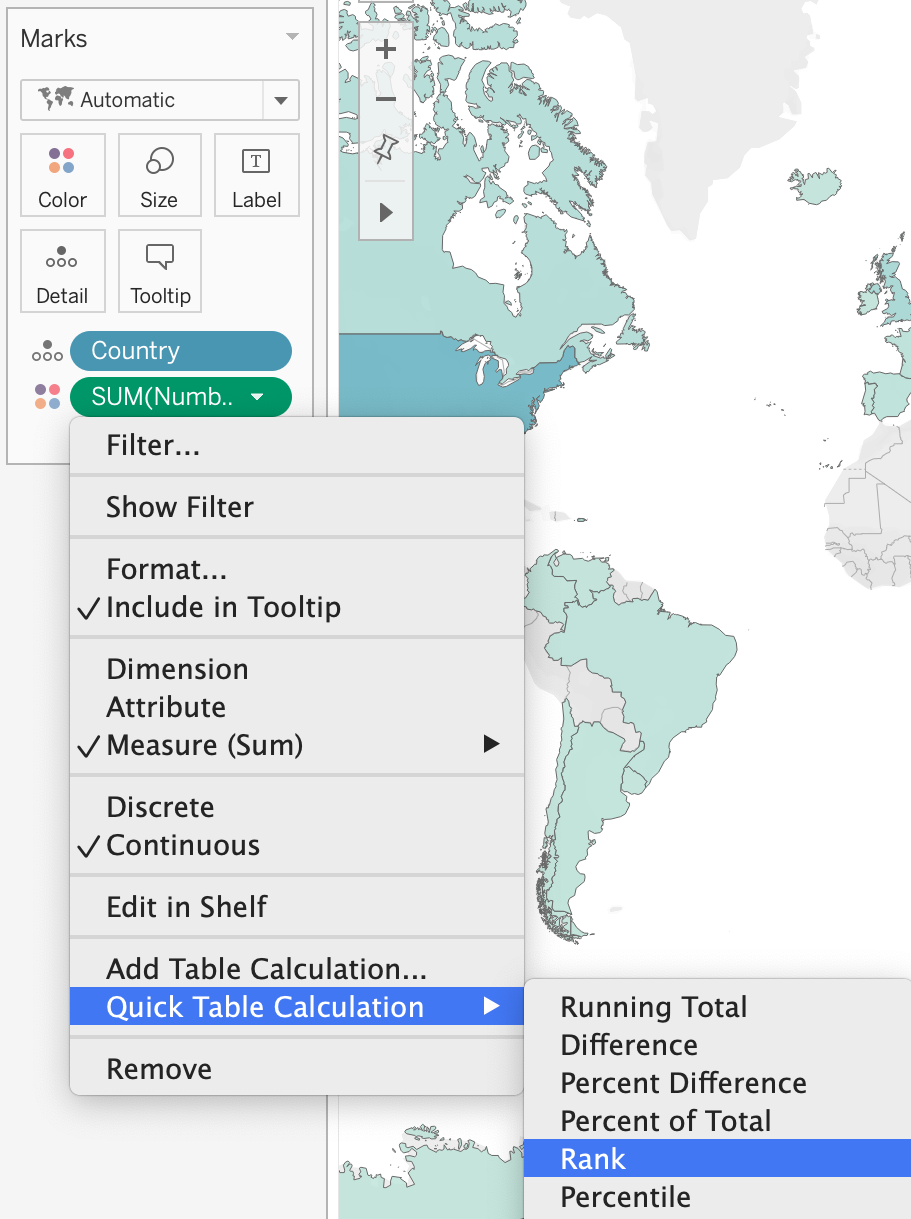 The resulting map should look something like the one shown below. It is now much easier to differentiate between countries. Note that the color shades have reversed as well, with the top rank becoming the lightest. 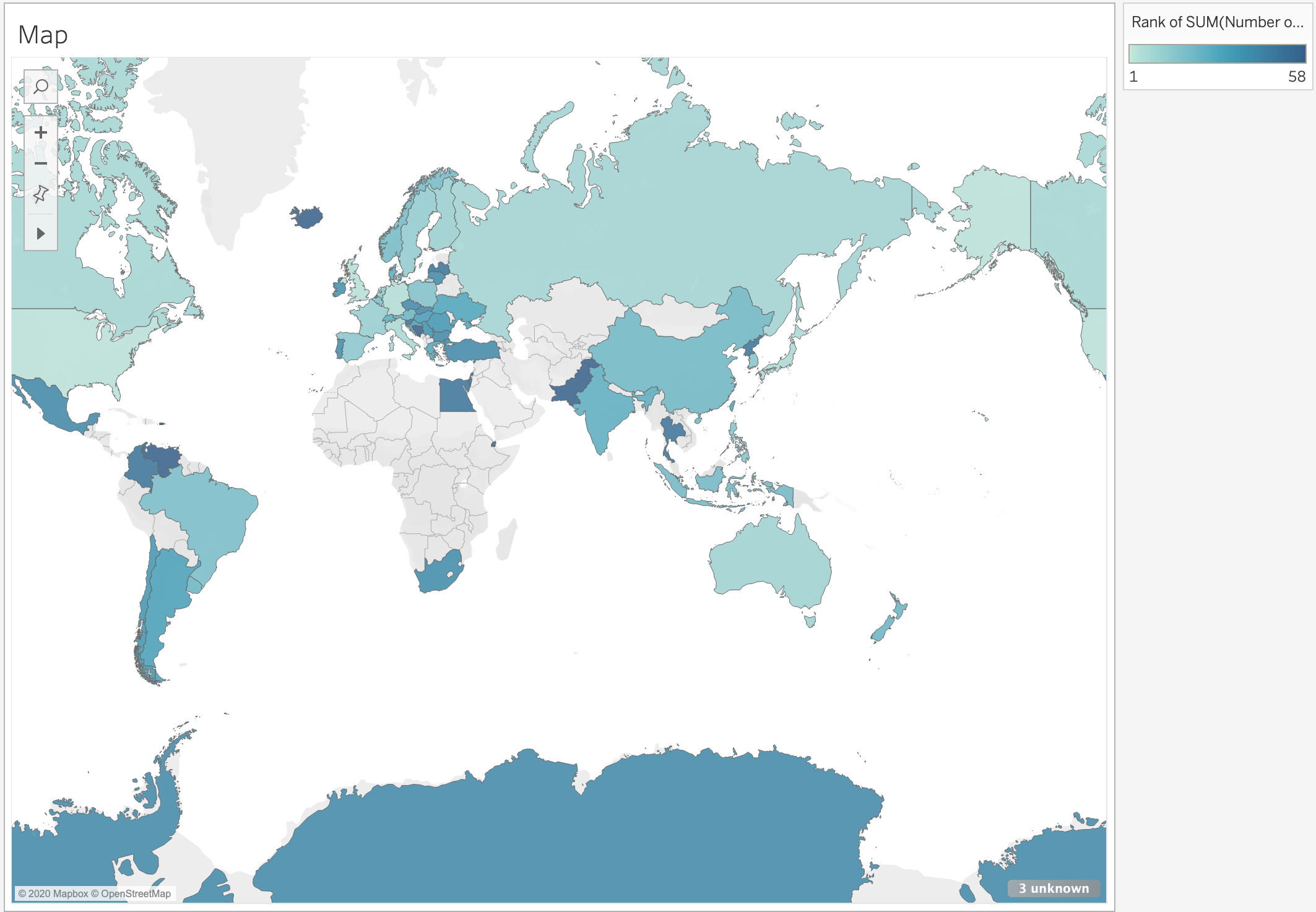